PARSIPPANY, NJ—Wyndham Hotels & Resorts saw positive third quarter results as a result of strong development pipeline growth. As of September 30, 2019, Wyndham’s hotel system consisted of more than 9,200 properties and approximately 822,000 rooms, a 3% increase compared with the third quarter of 2018.

“Our team’s sharp execution against our strategic and operating plans allowed us to deliver solid results in the third quarter, despite a softening RevPAR environment, highlighted by continued expansion of our system size and significant growth in adjusted EBITDA,” said Geoffrey A. Ballotti, president/CEO, Wyndham Hotels & Resorts. “In addition, we increased our share repurchase authorization to reflect our strong free cash flow and our sustained focus on returning cash to shareholders. We remain confident that our business is well-positioned for continued success.”

Revenues decreased 7% to $560 million, compared with $604 million in the third quarter of 2018. The decline is primarily due to lower cost-reimbursement revenues in our hotel management business, which have no impact on adjusted EBITDA.

Adjusted net income was $106 million, or $1.10 per diluted share, compared with $85 million, or $0.85 per diluted share, in the third quarter of 2018. Third quarter earnings benefited from higher royalty and franchise fees and other revenues, as well as increased synergies from the acquisition and integration of La Quinta, partially offset by higher marketing expenses. Full reconciliations of GAAP results to the Company’s non-GAAP adjusted measures for all reported periods appear in the tables to this press release. 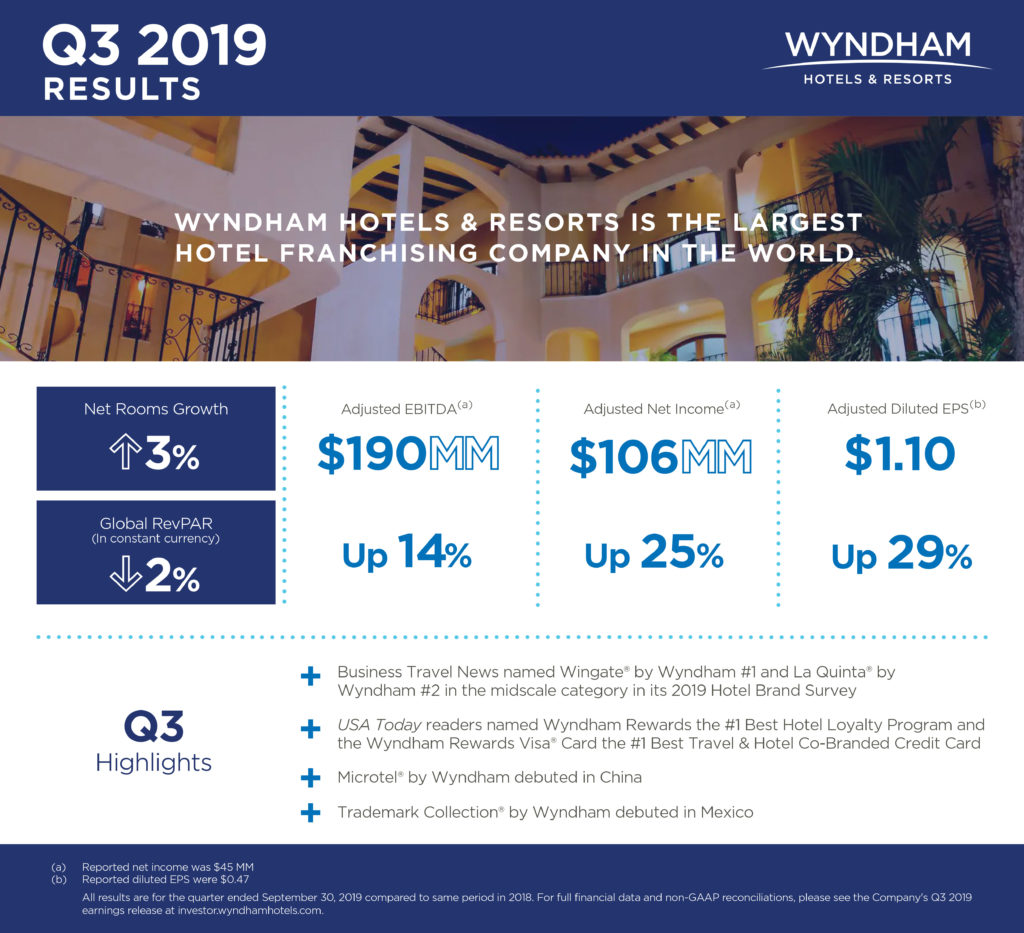