On August 1, Jay Schultz, SVP, Hospitality Group, passed away after battling complications from a long illness. He was our colleague, our mentor and our friend. The September 21 issue of Hotel Business will pay tribute to Jay and the mark he made—and has left—on our brand and the industry. I encourage you to share your stories, memories and photos of Jay, which we will include in the issue. You can email me at [email protected]. For now, Allen and I wanted to pay tribute to Jay with some personal reflections on our relationships with him. 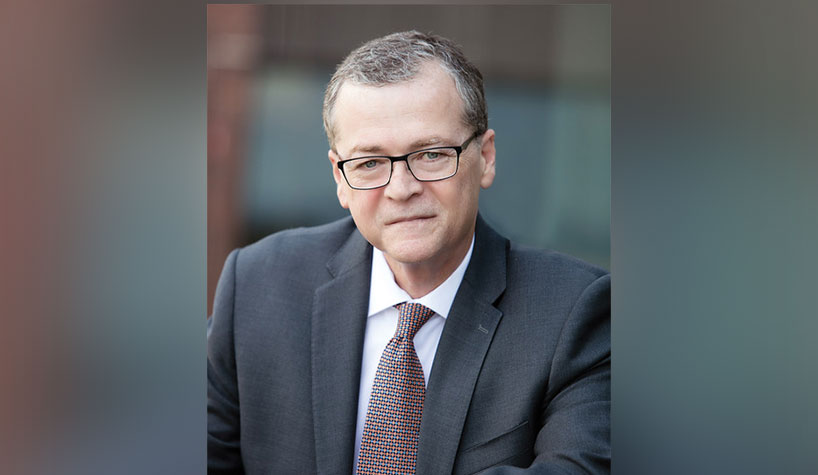 From the Publisher: Most of you know me as Allen. However, Jay and his family have always called me New Guy. So why New Guy? Sixteen years ago, Jay was tasked with “finding something for me to do” at ICD, specifically with Hotel Business. I was green as could be in both sales and the lodging industry, so I just became New Guy. In the span of 16 years, our relationship grew in profound ways, but I affectionately remained New Guy—and it is the most endearing nickname I’ve ever had.

In remembering my dear friend and mentor—yes, a word with great impact—I want to share some lessons that this “new guy” learned from him. I hope they will make you smile. Believe me, there was never a shortage of smiles between Jay and me.

• There is a direct correlation between selling advertising and using the restroom. I learned this during my early days as a sales rep. Jay would stick his head in my office every morning and say, “You can’t use the bathroom until you sell something.” What a great motivator! But I soon learned my selling did not only impact my personal health but others’ as well. I would hear Jay’s voice yelling across the hall, “You better sell something. My dad needs his medication.” He taught me to be disciplined in my work and prepared me for the day that my career will pay for my family’s needs.

• Always be sure to have on the right undergarments. One of Jay’s top 10 phrases was, “Put on your big-girl panties.” In fact, for my 40th birthday, he did, indeed, give me a package of them. This was one of many lessons that my parents had taught me—and Jay reinforced. Just do what you have to do and don’t complain about it. Step up when the situation calls for it.

• The art of diversion. He would walk into my office and start drilling me on accounts, asking for status reports. There were times I simply could not recall the status—or I just forgot to do what he was asking about. With beads of sweat forming on my forehead, I would blurt out the first Will Ferrell quote I could think of. He would start laughing, reciting movie lines with me, totally forgetting the business he was asking about. The lesson? Enjoy what you do and take time during the stressful days to laugh. We did.

• The importance of being prepared with new ideas. Countless times, Jay and I would be on a conference call with a difficult client and Jay would start saying that we have a great idea, an exclusive opportunity, created just for them. The client would agree to meet and we’d hang up the phone. I’d feel the anticipation building inside and finally ask, “What is this amazing opportunity you have for them?” Jay would look at me and say, “I have no idea.” That was an important lesson for a new salesperson: Do anything it takes to get in the door. We’d come up with something.

• A story told once is worth telling 100 times. I knew his stories backward and forward, and it became part of our sales shtick. We’d play off each other and clients could see we genuinely enjoyed what we did together. I would often catch myself using Jay’s phrases during meetings and he would look at me, trying not to laugh.

But Jay’s lessons were hardly limited to business. In fact, as we grew closer, we talked more about life. We offered each other advice and took the time to listen to each other. I grew up sitting across from Jay in one of the chairs in his office. At times, he would tell me how proud he was of me, and I’d thank him for all he did for me. I’m glad we said those things. We’d get mushy for a minute and then he’d say, “OK, enough of this, go sell something.”

I could tell so many stories and it could never be enough, nor capture all Jay will always mean to me. His lessons will live on in me, and I will carry the love I have for him in my heart forever.

From the Editor-in-Chief: So, I was sitting in my office at a previous job when Jay popped into it—and into my life. A rather large figure with an imposing physical presence, I soon found out it wasn’t just his presence that commanded attention, it was his demeanor. What happened in the ensuing conversation became, over the years, a tale we’d tell many times—as almost a joke—as his “clear memory” of the dialogue, and my “precise recollection,” just didn’t match. You see, we both worked at Nielsen Business Media on different brands but within the same group, and let’s just say our opinions about the direction of my brand were at odds with each other. We, at the time, basically agreed to disagree—and continued for years to do so in recounting the story of our first meeting, both telling it from opposing perspectives. But with all the twists and turns the story took over time, one thing always remained the same, no matter which of us narrated: That day, that first meeting, sparked a mutual respect for each other, which only grew stronger and more meaningful with time.

Jay left Nielsen soon after our introduction to return to ICD Publications on Long Island as SVP of the Hospitality Group. I had never heard of the company or the brands. And, certainly, never expected it to be my future. My career had always been in New York City and, essentially, at the same company (though it had gone through many acquisitions to become, at the time, Nielsen Business Media). This was in 2007.

A chance meeting a couple of years later brought us back together again. I was getting my car washed at the Blue Point Car Wash and there he was. I hadn’t realized that we lived in neighboring towns, both a good distance from Manhattan, and that we both patronized this place. There was a quick reintroduction and exchange of phone numbers, and we went our separate ways.

Then on August 28, 2011 (I remember the day because I was at home dealing with Hurricane Irene, as many Long Islanders were), a text came through: “Hi, it’s Jay Schultz. Do you remember me? What are you up to? Call me.” I did and he mentioned there was an opening at Hotel Business and he thought of me. Needless to say, the rest is history—seven years later and I’m still here. At one point when Jay and I were revisiting our rather tense first meeting with each other, I decided to ask him why he reached out to me. His response will stay with me forever: While we intensely disagreed with each other’s perspectives, he said that in that moment, he knew I could stand my ground with him and do so in a professional manner. And he admired that.

What I admire is the fact that Jay continued throughout my years working with him to listen. Assess. Stand up for what he believed. But he was always willing to hear another opinion—and to work with it if he considered it valid. That’s a rare quality in people and, often, in those tasked with leading others. He came to the table with so much knowledge, history and creativity, but always with humility and an open mind. And, certainly, with a good story. He’d come into my office, make a cup of coffee from my Keurig, though he had his own machine in his office, and sit opposite my desk just sharing so many facts, anecdotes, insights with me. And, over the years, our relationship grew from colleague to friend, and our conversations grew from hospitality to our respective sons, our health and our community. He’d often say to me when he thought that maybe he overstayed his welcome in my office, “Don’t mind me. I’m just sitting here.” Jay, I never minded—and it’s those times I will miss the most.

Jay left us this wonderful legacy with the Hotel Business brand, and Allen and I have built upon—and will continue to build upon—that. I saw a quote the other day, immediately thought of my friend and colleague, and want to share it with you: “Let your work speak for you in your absence.” It will. Loud and clear. I promise.