You are at:Home»Industry»Events»Penn State’s Hospitality Executive of the Year Is…

The university will honor Sorenson at a reception at the historic Nittany Lion Inn on April 12, recognizing his leadership and achievement in the hospitality industry and providing an opportunity for hospitality management students to learn directly from the head of the world’s largest hotel company. 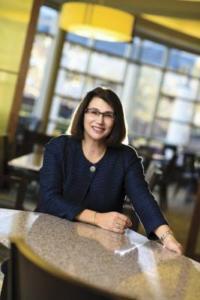 “Arne Sorenson’s stewardship of the successful integration of Starwood into the Marriott International family has been nothing less than transformative to the entire global travel industry,” said Donna Quadri-Felitti, director, Penn State School of Hospitality Management. “As Penn Staters, we are inspired by his many examples of leadership, such as advancing the conversation in our nation for inclusivity, considering thoughtfully the lives Marriott associates and business partners around the world, and leveraging his considerable talents to benefit Marriott stakeholders’ interests.”

Since 1960, this award, presented by PSHRS, has honored a number of industry leaders. Its recipients represent a “Who’s Who” of extraordinary individuals who have left indelible marks on the profession, according to the university.

“It is in the society’s long tradition to acknowledge the men and women who make our industry great and to express our admiration and gratitude for their exemplary service and leadership through this annual award. Arne Sorenson, like Mr. Marriott and those honored before him, is a most worthy recipient of this recognition. Under his stewardship, Marriott International continues to make a positive impact in communities everywhere,” said Jason Bayona, president, PSHRS.

Sorenson follows the legacy of Bill Marriott Jr., who was named Penn State’s Hospitality Executive of the Year in both 1967 and 1987. Marriott is the only two-time honoree in the award’s history.