You are at:Home»Ownership»Brands»Nikki Beach Worldwide Adds to Roster, Plots Expansion

MIAMI—Nikki Beach Worldwide is focusing on the expansion of its hotels and resorts sector by adding two senior executives set to spur growth abroad.

Alexander Schneider will serve as VP of Nikki Beach Hotels & Resorts in Europe and the Middle East.

“This year, we are celebrating our 20th anniversary as a global brand. I am very proud of what the company has become,” said Jack Penrod, founder and owner of Nikki Beach Worldwide. “It’s now time to take our growth to the next level with an aggressive, yet well thought out, expansion plan for the hotels and resorts division. By segmenting the business into different regions of the globe and putting trusted senior executives at the top of each division, I am confident that our expansion plan will be a great success.” 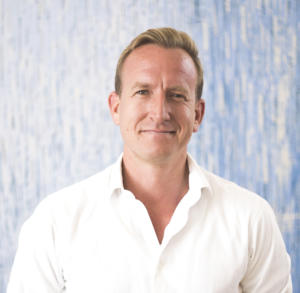 Schneider has been working with the brand since April 2016, leading the opening of Nikki Beach Resort & Spa Dubai. Within six months of opening, this resort ranked in the top 10 of all luxury resorts in Dubai, according to the company. He has worked with major hotel operators including Emirates Palace Abu Dhabi – UAE; Rixos Properties UAE; Grand Hyatt Germany; and Casa Camper.

With the recent appointment of Lucia Penrod as CEO of Nikki Beach Worldwide, the shift in responsibilities enables Jack Penrod to be laser-focused on developing this new division of the company. There are also plans to develop rooftop locations in major metropolitan areas and there is an ongoing pipeline of properties to open in the next five years, with a goal to have several in contract within the current year. The Nikki Beach Hotels & Resorts division has plans to open more than 20 additional properties in the next five years.