You are at:Home»Ownership»Brands»Hilton’s RevPAR Up 4% in Q2

The brand saw system-wide comparable RevPAR increase 4% percent on a currency neutral basis for the second quarter from the same period in 2017, driven by U.S. RevPAR growth of 3.5% and international RevPAR growth of 5.9%.

In addition, 18.5 million shares of Hilton common stock were repurchased for an aggregate cost of $1.3 billion during the second quarter, including shares repurchased from HNA and Blackstone in connection with their full divestitures of their investments in Hilton. The brand returned nearly $1.6 billion to shareholders through July, in the form of share repurchases and dividends. 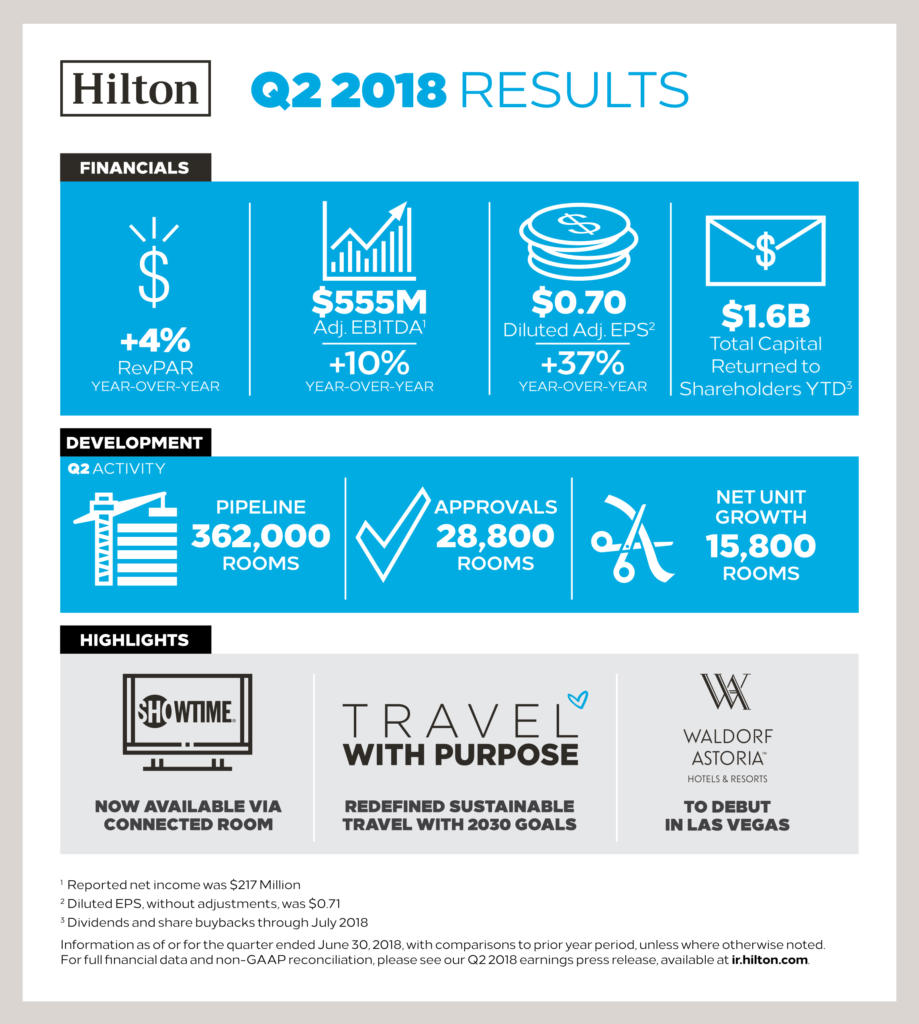 Other earnings highlights include: