You are at:Home»Industry»Events»HB ON THE SCENE: The Evolving Midscale and Economy Segments

ATLANTA—The economy and midscale segments of hospitality are in a state of evolution, with technology, changing customer expectations and increased competition making for great potential.

Held at AAHOA headquarters, the Hotel Business Executive Roundtable, “Elevating Economy and Midscale to New Heights,” allowed 13 industry executives to share their varying opinions on the segments. The roundtable was hosted by RLH Corporation and sponsored by Arthur J. Gallagher & Co. R.E.

Hotel Business Associate Editor CJ Arlotta opened the discussion, asking, “How would you describe the current state of the midscale and economy segments?” That simple question led to a variety of answers. 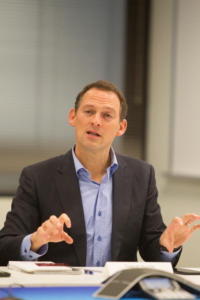 The traveler has a lot to do with the success of the segment, according to Paul Breslin, managing director of Horwath HTL’s Atlanta office and professor at Georgia State University. “It is interesting—in some areas it is absolutely booming, and in others, they are still struggling quite a bit,” he said. “I think it is a direct correlation to the user of those hotels, whether infrastructure work is going on in parts of the country. They are booming with construction workers, and they are filling hotels at the midscale and economy level at a very positive rate.” 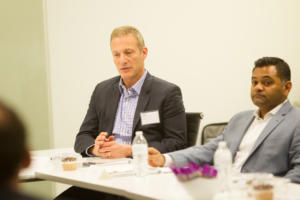 Ketan Patel, principal of the ROHM Group, said that the industry should look outside of the U.S. for inspiration to evolve. “I think Europe has got it down in the economy segment,” he said. “The rest of the world figured out economy much better than we have… The rooms are basically 10-ft. by 15-ft. at best. They have one person working in the hotel and you have automatic check-in. The employee is gone after 10 p.m. and you use the ATM machine to check-in and checkout. They are running phenomenal bottom line numbers. They figured out their consumer base and they have great reviews. There are people signing them up left and right over there because of their profitability, ease of operation. They are growing, and [with]fewer amenities given.”