INTERNATIONAL REPORT—Best Western has named its new chairman of the board, while the recent shake-ups in hospitality sector C-suites continues as Apple Hospitality REIT’s CFO has stepped down. Here’s a look:

The board of directors at Best Western Hotels & Resorts has elected Peter Kwong as board chairman for 2020.

Kwong, who previously served as vice chairman of the board of directors, brings 35 years of hospitality experience and 25 years of Best Western ownership to his role as chairman.

During his time as a Best Western owner, he has served as a governor for the company, as well as a member of the district VI marketing co-op and the Best Western reservation technology committee. In 2015, Kwong was elected to the board of directors to represent the interests of hotel owners in District 6, which includes California, Nevada and Hawaii. 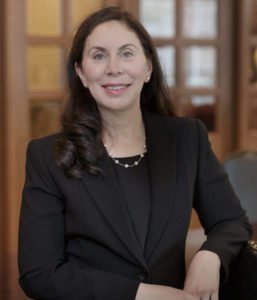 The company’s board of directors appointed Bryan Peery, its EVP/chief accounting officer, to fill the position. He previously served as EVP/CFO, from the company’s inception in 2007 until June 30, 2019.

In March, Peery informed the company of his intention to retire from his positions in the first quarter of 2020; however, he has agreed to remain with the company, as necessary, beyond March 2020 to provide for an orderly transition of his responsibilities.

Rothman’s resignation is not due to any disagreement with the company on any matter relating to its operations, policies or practices.

In this role, Taormina is responsible for leading the operations and life cycles of two flagship Dream Hotel Group properties—Dream Downtown in New York, and Dream Nashville in Tennessee, which opened its doors earlier this year, as well as other Dream Hotel Group locations portfolio-wide.

Most recently, he served as area managing director, Dream Hotels, in New York City, where he was responsible for the day-to-day management of Dream Downtown and executive oversight of Dream Midtown.

Prior to joining Dream Hotel Group, Taormina spent six years with Highgate Hotels in Miami and New York City, where he most recently served as general manager at the Refinery Hotel in New York City and area managing director in Miami for Highgate’s lifestyle portfolio.

Taormina also spent eight years with Lodgian Inc., where he served as general manager of multiple properties in Dallas, Phoenix, Denver and Pittsburgh, all under established hotel brands Marriott, Hilton and IHG.

Kempinski Hotels S.A. has appointed Marcel Kleffner as VP, finance, Europe, based at the company’s corporate office in Geneva.

In 2007, he transferred to the corporate office of Swissôtel Hotels & Resorts and continuously worked up his ranks at FRHI Hotels & Resorts (Swissôtel, Raffles and Fairmont Hotels & Resorts). He joins Kempinski Hotels from his most recent employment with Accor where he held the position of director finance & business support luxury brands Europe since 2017.

Serving the Northern California, Oregon, Washington, Idaho and Montana regions, he will facilitate the growth of the Red Roof Inn, Red Roof Plus and HomeTowne Studios by Red Roof brands in these markets.

Torai, who is responsible for the overall operations of the Beach Enclave Turks & Caicos portfolio domestically and abroad, joined the company from Wymara Resort & Villas.